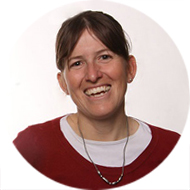 ABSTRACT: In the search for materials with new properties, there have been great advances in recent years aimed at the construction of mechanical systems whose behaviour is governed by structure, rather than composition. Through careful design of the material’s architecture, new material properties have been demonstrated, including negative Poisson’s ratio, high stiffness-to-weight ratio and mechanical cloaking. While originally the field focused on achieving unusual (zero or negative) values for familiar mechanical parameters, more recently it has been shown that non-linearities can be exploited to further extend the design space. In this talk I will focus on multistable building blocks (i.e. building blocks with multiple stable configurations) and show that they provide an ideal platform for the design of structures and materials with new modes of functionality, including shape-reconfigurable architectures, fully elastic and reusable energy-trapping metamaterials, systems to manipulate the propagation of elastic pulses and even soft robots capable of jumping.

BIO: Katia Bertoldi is the William and Ami Kuan Danoff Professor of Applied Mechanics at the Harvard John A.Paulson School of Engineering and Applied Sciences. She earned master degrees from Trento University (Italy) in 2002 and from Chalmers University of Technology (Sweden) in 2003, majoring in Structural Engineering Mechanics. Upon earning a Ph.D. degree in Mechanics of Materials and Structures from Trento University, in 2006, Katia joined as a postdoc the group of Mary Boyce at MIT. In 2008 she moved to the University of Twente (the Netherlands) where she was an Assistant Professor in the faculty of Engineering Technology. In January 2010 Katia joined the School of Engineering and Applied Sciences at Harvard University and established a group studying the mechanics of materials and structures. She is the recipient of the NSF Career Award 2011 and of the ASME's 2014 Hughes Young Investigator Award. She serves as an Associate Editor for the journal Extreme Mechanics Letters. She has published over 120 peer-reviewed papers and holds several patents.

Dr Bertoldi’s research contributes to the design of materials with a carefully designed mesostructure that leads to novel effective behavior at the macroscale. She investigates both mechanical and acoustic properties of such structured materials, with a particular focus on harnessing instabilities and strong geometric non-linearities to generate new modes of functionality. Since the properties of the designed architected materials are primarily governed by the geometry of the structure (as opposed to constitutive ingredients at the material level), the principles she discovers are universal and can be applied to systems over a wide range of length scales.

ABSTRACT: Shale is a clastic sedimentary rock consisting of softer materials such as clay and organics; stiffer minerals such as quartz, feldspar, and pyrite; and void spaces in the nano‐pores and microfractures.  It is the most common sedimentary rock on Earth, estimated to comprise 44% to 56% of all sedimentary rocks. The talk will explore the relevant thermo‐hydro‐mechanical processes related to this rock, as well as address issues pertaining to modeling of this material at different scales. Topics that will be presented at the talk will include anisotropy, heterogeneity, ratedependent deformation behavior, fluid flow through the micro‐fractures, and non‐Darcy flow through the nano‐pores. The highlight of the talk will be a novel procedure for bridging creep processes occurring at the nanometer and millimeter scales through a recently developed framework called Cam‐Clay IX.

BIO: Ronaldo Borja works in theoretical and computational solid mechanics, geomechanics, and geosciences. His research includes the development of multi‐scale discontinuity framework for crack and fracture propagation utilizing the strong discontinuity and extended finite element methods. He develops solution techniques for multi‐physical processes such as coupled solid deformation‐fluid diffusion in saturated and unsaturated porous media, stabilized finite element methods for solid/fluid interaction and nonlinear contact mechanics, and nanometer‐scale characterization of the inelastic deformation and fracture properties of shales. He is the author of a textbook entitled Plasticity Modeling and Computation published by Springer, and serves as editor of two leading journals in his field: the International Journal for Numerical and Analytical Methods in Geomechanics and Acta Geotechnica. Ronaldo Borja is the recipient of the 2016 ASCE Maurice A. Biot Medal for his work in computational poromechanics. 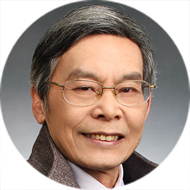 ABSTRACT: Development of modern science and technology has greatly increased the ability of engineering community to understand the phenomenon, mechanism and performance of objective world and engineering systems. As time goes on, it is recognized more and more clearly that the randomness plays an important role in influencing behaviors of engineering systems, particularly those with essential nonlinearities. In this way, exploring the stochastic system from a physical viewpoint may play an important role in understanding objective world.

BIO: Professor Jie Li is a Chair Professor in the Structural Engineering at Tongji University, and the director of Shanghai Institute of Disaster Prevention and Relief. He received his Ph.D. in Civil Engineering from Tongji University, China in 1988, and received an honorary doctorate degree in Engineering Science from Aalborg University, Denmark in 2013. Currently Prof. Li serves as the president of International Association for Structural Safety and Reliability (IASSAR) and a member of the director board of International Conference of Damage Mechanics (ICDM). Owing to his academic achievements in stochastic mechanics and reliability engineering, Professor Li was awarded the 2014 Alfred M. Freudenthal Medal by ASCE. 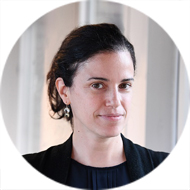 ABSTRACT: Cardiovascular diseases remain America’s primary killer by a large margin, claiming the lives of more Americans than the next two main causes of death combined (cancer and pulmonary complications). In particular, coronary artery disease (CAD) is by far the most lethal, causing 17% of all (cardiac-related or not) deaths every year. One of the main reasons for this high death toll is the severe lack of effective and accessible imaging tools upon anomaly detected on the electrocardiogram (ECG), especially at the early stages when CAD can be stabilized with appropriate pharmacological regimen. Arrhythmias refer to the disruption of the natural heart rhythm. Cardiac arrhythmias lead to a significant number of cardiovascular morbidity and mortality. This irregular heart rhythm causes the heart to suddenly stop pumping blood. Atrial pathologies are the most common arrhythmias with atrial fibrillation and atrial flutter being the most prevalent. Similarly, arterial stiffening has been linked to a variety of diseases spanning from cardiovascular disease and dementia to Parkinson’s, diabetes and end-stage renal disease. Yet, in sharp contrast with the clear universality and significance of PWV as a biomarker, is the lack of such measurements in the clinic, i.e., there is currently no technique that yields a regional PWV or maps the PWV along a detected pathology to evaluate risk. This is because current methodology assumes a single stiffness value over the entire circulation obtained through a carotid-to-femoral pressure measurement. Clearly, this single stiffness value is not sufficient to localize or characterize focal disease such as aneurysms or atherosclerotic plaques. In this talk, we will introduce ultrasound-based methodologies that are based on inferring to the mechanical and electrical properties of the myocardium as well as mechanical properties of the vascular wall in order to better image the onset and progression of the aforementioned cardiac and vascular diseases.

BIO: Elisa E. Konofagou is the Robert and Margaret Hariri Professor of Biomedical Engineering and Professor Radiology as well as Director of the Ultrasound and Elasticity Imaging Laboratory at Columbia University in New York City. Her main interests are in the development of novel elasticity imaging techniques and therapeutic ultrasound methods and more notably focused ultrasound in the brain for drug delivery and stimulation, myocardial elastography, electromechanical and pulse wave imaging, harmonic motion imaging with several clinical collaborations in the Columbia Presbyterian Medical Center and elsewhere. Elisa is an Elected Fellow of the American Institute of Biological and Medical Engineering, a member of the IEEE in Engineering in Medicine and Biology, IEEE in Ultrasonics, Ferroelectrics and Frequency Control Society, the Acoustical Society of America and the American Institute of Ultrasound in medicine. She has co-authored over 200 published articles in the aforementioned fields. Prof. Konofagou is also a technical committee member of the Acoustical Society of America, the International Society of Therapeutic Ultrasound, the IEEE Engineering in Medicine and Biology conference (EMBC), the IEEE International Ultrasonics Symposium and the American Association of Physicists in Medicine (AAPM). Elisa serves as Associate Editor in the journals of IEEE Transactions in Ultrasonics, Ferroelectrics and Frequency Control, Ultrasonic Imaging and Medical Physics, and is recipient of awards such as the CAREER award by the National Science Foundation (NSF), the Nagy award by the National Institutes of Health (NIH) and the IEEE-EMBS Technological Achievement Award as well as additional recognition by the American Heart Association, the Acoustical Society of America, the American Institute of Ultrasound in Medicine, the Wallace H. Coulter foundation, the Bodossaki foundation, the Society of Photo-optical Instrumentation Engineers (SPIE) and the Radiological Society of North America (RSNA). 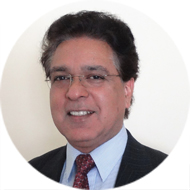 ABSTRACT: This talk presents a new class of hierarchical variational methods for nonlinear multiphysics problems with dominant interfacial phenomena, embedded constraints, and weak and strong discontinuities. Ideas are presented in the context of solid mechanics problems for consistent coupling of multiple interacting PDEs on adjoining subdomains, while accommodating a range of interfacial kinematic behaviors. Method is then extended to flow-structure interaction on nonmatching interfacial discretizations, and to flow mechanics problems with dominant scale effects. Hierarchical structure of the multiscale framework facilitates direct embedding of sensor data in the variational constructs to augment physics-based modeling with data driven modeling. The structure of the derived kernel functions provides ideas for the integration of machine learning approaches in the modeling methods. The framework is equipped with adjoint-based error estimation feature that emanates naturally in the development of the method. Examples from nonlinear coupled systems are presented to highlight the generality of the proposed methods and their application to problems of contemporary interest in science and engineering.

BIO: Arif Masud received Ph.D. in Computational Mechanics from Stanford University. He is Professor of Mechanics and Computations in the Department of Civil and Environmental Engineering, and holds joint appointments in Department of Aerospace Engineering, and Computational Science and Engineering at the University of Illinois at Urbana-Champaign. Dr. Masud has made fundamental and pioneering contributions to the development of Stabilized and Variational Multiscale Methods for fluid and solid mechanics. He has authored or co-authored over 130 refereed journal and conference papers. He is past Chair of the Fluid Mechanics Committee of ASME, and the Computational Mechanics Committee of ASCE.  He has served as an Associate Editor of the ASME Journal of Applied Mechanics, ASCE Journal of Engineering Mechanics, and currently serves as AE of the International Journal of Multiscale  Computational Engineering. Dr. Masud is an Associate Fellow of AIAA, and Fellow of USACM, IACM, AAM, EMI, ASME, and SES. He has been awarded the 2019 G.I. Taylor Medal by the Society of Engineering Science. 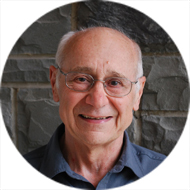 ABSTRACT: Draughts, heat waves, floods, storms, tsunamis, wild fires, large stresses/strains in material microstructures, financial crashes, and large responses of dynamical systems are extreme rare events with potentially severe consequences. Yet, there are no general and efficient methods for estimating the probabilities of these events.

A method is proposed for estimating the probabilities of extreme events in dynamical systems subjected to random inputs. The method is based on (1) finite dimensional models of input/output processes, i.e., deterministic functions of time which depend on finite sets of random variables, and (2) data-based importance sampling measures which are constructed from relatively small sets of high-fidelity output samples and large sets of low fidelity (surrogate) output samples. While specialized tools are used to prove the validity of the method, e.g., convergence of probability measures and properties of Itˆo/Stratonovich differential equations, its use is intuitive and involves elementary concepts. Numerical examples are presented to illustrate the implementation and performance of the method.

Awards: The 1993 IASSAR Research Prize, the 1998 SAE Distinguished Probabilistic Methods Education Award, the election to the Romanian Academy of Technical Sciences (2004), the 2002 Alfred Freudenthal Medal, the Daniel M. Lazar’29 Excellence in Teaching Award (2003), the title of Doctor Honoris Causa, Technical University of Civil Engineering, Bucharest, Romania (2004), the 2005 Norman Medal of ASCE, the grade of EMI Fellow, 2014, and the 2016 Newmark Medal. Also, he is on the editorial board of numerous technical journals.